Where in Dante’s Nine Circles of Hell Do My Characters Reside?

This all started because I had to read Dante’s Inferno for a class. As I grumbled through page after page describing Hell in agonizing detail, I asked myself how I could possibly benefit from such torture. A priest might say, “Sin no more!” I—you guessed it—wrote this post instead. In asking you to read this, I may be committing a violent sin against your person, one of the worst sins in Dante’s ranking. If so, I apologize. Here’s the potential upside for the writers among you. Like me, you might glean from Dante insights about character development. I suppose I could have used other criteria such as Catholic Sins and Virtues, Enneagram analysis, etc. but this post is about using Dante to analyze my characters. I’d love to hear about any analytical paradigm you use.

My title question seems to assume that my characters are in Hell. Does this mean I only write about characters with hellish characteristics? Hybrid secularist/spiritual person that I am, I sidestep this issue and state that outside of Heaven and Hell, whether divinely or humanly inspired, we all probably embrace aspects of both. Dante’s Inferno does an interesting job, though, of ranking human foibles or, as he calls them, sins. In so doing, he provides a potentially useful template for evaluating fictional characters and for examining whether as a writer one tends toward one type of character versus another.

First, a brief overview of Dante’s nine circles of Hell. From bad to worse, they are:

Interesting patterns emerged from my analysis to determine which Inferno characteristic(s) my fictional characters represented.

· All but two characters embody characteristics representative of more than one circle of Hell.
· Characters in my first novel seem to gravitate toward opposite ends of the spectrum.
· My favorite novel is equally represented in all circles of Hell.
· Among all novels, I have the greatest preponderance in Circles 6-7, Violence against God, self, and others; with Circle 1, Virtuous Pagans, coming in a distant second place. That could mean that the struggle between virtue and violence engages me more than any other, and that violence wins. Or it could simply reflect that my novels deal with spiritual/religious struggles, which may result in violence against God, self and others. In my characters’ efforts to understand and integrate spirituality into their lives, they sometimes engage in self-destructive or aggressive behavior.
· In each of my novels, I have at least one character that tends toward violence and another toward virtue.
· The smallest representation is in Circles 3, gluttons; and 5, wrathful and slothful. Does that reflect a personal predisposition toward ascetism and/or moderation?
· Even though Upper Hell has five circles, it has less representation in my characters than the more hellish Lower Hell which only has four circles. Does that mean that when they’re in Hell, my characters are really in Hell?
It was a surprisingly fascinating exercise to use Dante to analyze my characters. I will not change my novels retrospectively, but I plan to use the Dante test on future writing projects. On this life journey I call a pilgrimage, perhaps that test might even help me personally.
Posted by Judith Mercado at 11:04 AM

My first observation might be flippant, but here it goes anyway. It's funny that Bush might think he was in seventh heaven, when obviously he deserves to be in the seventh hell. :-)

As for characters and inferno, oh, there are so many I would like to see down there! As I am about to finish re-reading 'Tess...' I find myself hating Clare more and more.

'Even though Upper Hell has five circles, it has less representation in my characters than the more hellish Lower Hell which only has four circles. Does that mean that when they’re in Hell, my characters are really in Hell? '

If they don't notice the smell, then they are idiots, more than a reason to send them there regardless :-).

Cuban, you remind me that, as much as I disliked Dante's Inferno, one thing I'll give him is that he was a master of description. Hell was undoubtedly Hell. I realize some of his creations had basis in contemporaneous reality, but all the same one has to wonder about the brain of someone who can come up with such finely tuned horrors. 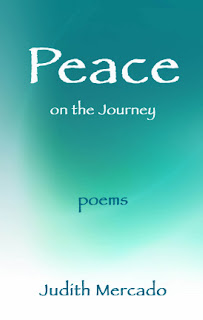 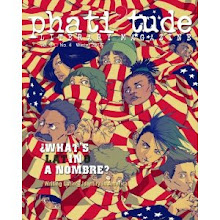